The Voices In My Head

I hear voices in my head
They scream and shout
that my solitude demands to be fed
They tear me apart
A part of me, is left afar
into a place I’m not destined to conquer
A place I never reach
except in dreams and hallucinations
Behold, I fear those creations
Belonging nowhere, but my own mind

I hear voices in my head
Holding me guilty
of faults I’m not willing to accept
I stride forward fighting self-enmity
but they pull me back instead
into the place I’m not destined to conquer
no matter how many tears I shed
My most pious wish was left unsaid
Since then they echo;
The voices in my head

Since whenever I’ve known myself, I’ve known myself as an Anthonian. I’ve been going to St. Anthony’s Sr. Sec. School since I opened my eyes to this world as a toddler. I somehow feel that I belong to this institution, to CFMSS.

The fact that our school is not so active in co-curricular activities and that the academic rate has been dropping drastically made me want to leave the school after class X.

Everything was going as planned. I managed to get admission in one of the top schools in Delhi and was almost ready to pack my bag and leave SAS to set out on a new journey. I was content as I had achieved what I wanted. But something inside me was breaking apart at the thought of leaving the institution that has nurtured me into what I am today. Strange as it may seem, I felt as a traitor. It could not go down well with me that from now on I won’t be an Anthonian anymore. I was going to deny myself the honor of being called an alumnus of the school after having been studied there for 10 long years. I would not be allowed to visit the school to meet my friends and teachers because I was not a passout of the school despite of being there since class I.

No matter how much we tend to defy the imposed discipline in school, once we go out to the broader arena we naturally behave like well brought up girls.

So finally the things I hated then seem a part of me now. 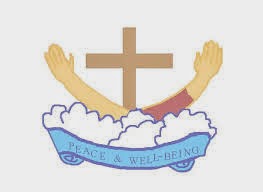 The blue ribbons and two braids rule
Talk in English or pay a fine
The poor fund in class for inculcating the habit to donate whatever little we can
Disappearing at the sight of Miss. Sahni
Long assemblies at every festival
Getting inspired by the strong personalities our teachers are
Crying at their farewells
Touching the ground of the convent church while entering school

I wonder I would have experienced these beautiful moments in any other school. I wonder if in any other school the children recite “Bless us Oh Lord, and these our gifts, which we are about to receive, from thy bounty. Amen” before having meals.

And as I write this I realize how stupid I was. I was actually going to leave all this behind for no justifiable reason at all. Thank You Jesus for whatever prevented me from making the biggest mistake of my life. I don’t want to leave school. Not now, not later. Never. Even after I die, I want my soul to reside in my school. Heaven is not a beautiful garden with fairies and angels. Heaven can be found in the most unlikely corners of your heart. And now I know where my heaven is :’)