Why Do People Think It's OK To Lie?

Here, I don't intend to claim that I don't lie. But I definitely don't think it's OK to lie and often fail terribly at it. Sometimes I have to lie, just to make a situation better. In such scenarios we all feel it's OK to lie because a 'small' lie can turn things in our favour. Well, yes. But why is it so?

Because we're a world obsessed with serendipity. Even though we see no potential of it happening, we still keep wishing it happens. Any consolation in that regard calms us and soothes what's burning inside.

But I don't want to soothe my fire. It is what keeps me from giving up and going berserk.
That is why I like brutally honest people. They might seem rude and harsh but atleast they're not pretending to be someone else. They are people we can bank on, people who are actually making the world a better place to live in.

That would be my utopia. Because of course, ' There is no legacy as rich as honesty'. 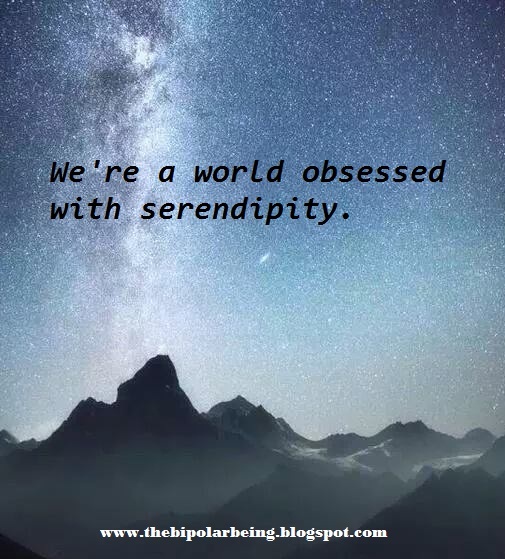 27 Broken Footprints- A discussion with the author 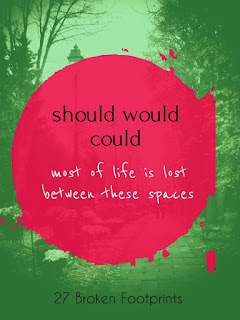 Recently I got the chance to have a discussion with the debutant novelist Preeti Bhonsle regarding her novel 27 Broken Footprints. I would like to share the interesting conversation I had with her:


Me: Firstly talking about When A Star Dies. When I read the name of the chapter I thought it would be a metaphor about the downfall in the career of a celebrity. I was party wrong and partly right. What is most surprising is the fact that you've connected it to science, despite maintaining the literary device. Did the IITian inside you seep into that concept or was it the result of a past observation that led you to this fascinating piece of fiction?

Preeti: I had the story in my head about the girl as you have already read. It seemed so obvious – her fall and the way a star fades out. What I like about this piece is how a story can be told around a few factual sentences and also how these scientific inserts provide for the right kind of breaks for the starlet’s story to progress.
Now tell me did you like her name? 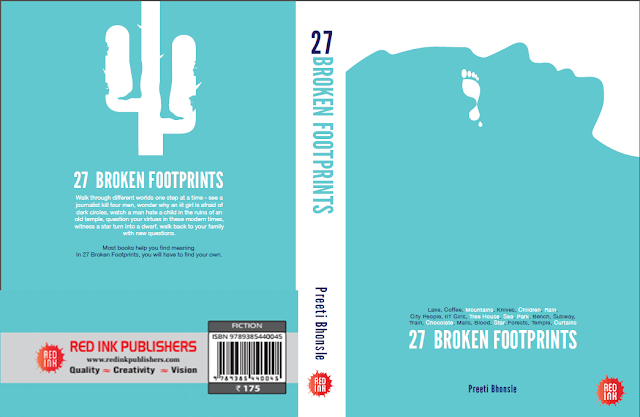 Me: I loved it! Did you name her so because it seemed apt to the story or is it inspired by a real life character?

Preeti: I would like to believe that I have invented the name. Google might disagree, should check on this. But I certainly did coin the name. I like how it sounds.
Based on a real person? Hmmn...let’s not share everything…

Me: One thing I find really interesting about your book is that even though there are different chapters with different characters yet it all looks interconnected. Want to elaborate on this?

Preeti: They are all interconnected. Ways of story telling are carried over from one section to another, sometimes in style sometimes in characters. For example The Tree House in the rain, the second story in the book, borrows the protagonist of the first story, The Other Woman. Borderline Human Tales is just a more detailed version of Little Stories. Also the issues I bring up in Women, men and heroes form an integral part of the story - Like me, you are and also a little of Inside Diary.
I had written an article about the fractal nature of the book, you should go through it.

Me: Your writing surprises me every single time. One thing which is identifiable to your writing style is that you connect science to random life coincidences, and it seems absolutely legit. Let me tell you that I am a very non-science person. In fact I hated science all through middle school, if I may say. That is because I was always inclined towards the philosophy of living than the science of life. And you're the first such person I've come across who blends both science and philosophy in such a beautiful manner. I admire you for that!
Coming to the chapter Forgotten Tales Of A Family Lost. Why do you call these tales 'forgotten'?

Preeti: The family in this story is struck by recurring tragedy across two generations. They have realized that the only way to truly cope up with difficult times is to forget them.
But the "forgotten tales" bit is slightly self-referential. Notice the starting lines, the narrator is trying to remember their story, her story, she is trying to remember what she has forgotten. Also the prose forgets certain details too - for e.g. after the twin is lost there are four people at the dining table, the very next line says there are five of them at the table.
Towards the end of the story, the forgetting bit gets very rapid. I think it is a bit scary how this story ends, I almost feel for the husband.
Did you like this one?

Me: Yes, I do. After having read three of your chapters I notice that you have a kind of soft corner for the supernatural. Your writings are wrapped in suspense and it gives immense food for thought. Is it your genre of writing by default or did you work on it for specifically this novel?

Preeti: This was just a phase. I had been experimenting with this kind of writing – magical, real, mystical, with characters – abstract, blurred, ideal, evil. Only these sections of the book - Little Stories and Borderline Human Tales are mystical, supernatural, abstract and magical. Rest of the seven are in no way like these.
I did not work on it specifically for this book. It was just a phase I was going through. For example my latest experiment was in trying to write a different kind thriller ( Who Killed Linda?) and it turned out to be fantastic. 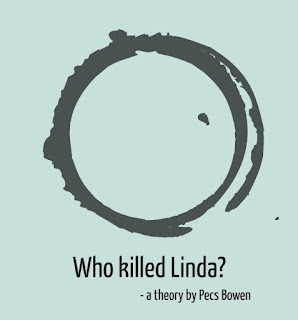 27 Broken Footprints is available on Amazon and Infibeams. Despite of what it says on the Amazon site, the book will be delivered with 3-4 days.


To read more about the book and Preeti, you can visit www.27brokenfootprints.com
Posted by Ishita Dutt at 06:50 4 comments: